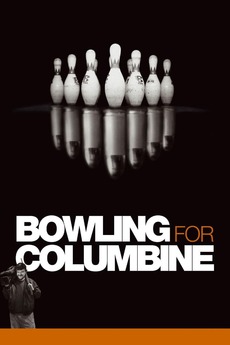 One nation under the gun

This is not a film about gun control. It is a film about the fearful heart and soul of the United States, and the 280 million Americans lucky enough to have the right to a constitutionally protected Uzi. From a look at the Columbine High School security camera tapes to the home of Oscar-winning NRA President Charlton Heston, from a young man who makes homemade napalm with The Anarchist's Cookbook to the murder of a six-year-old girl by another six-year-old. Bowling for Columbine is a journey through the US, through our past, hoping to discover why our pursuit of happiness is so riddled with violence.