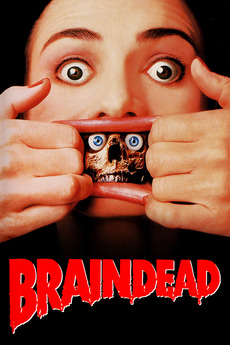 Some things won't stay down... even after they die.

When a Sumatran rat-monkey bites Lionel Cosgrove's mother, she's transformed into a zombie and begins killing (and transforming) the entire town while Lionel races to keep things under control.