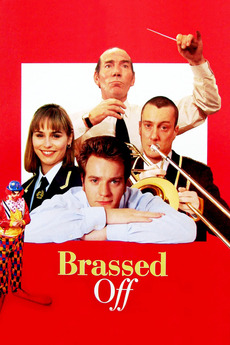 A Yorkshire coal mine is threatened with closure and the only hope is for the men to enter their Grimley Colliery Brass Band into a national competition. They believe they have no hope until Gloria appears carrying her Flugelhorn. At first mocked for being a woman, she soon becomes the only chance for the band to win.

A list of movies I’ve seen either about Brits or set in Great Britain, or otherwise thoroughly British productions. Or…