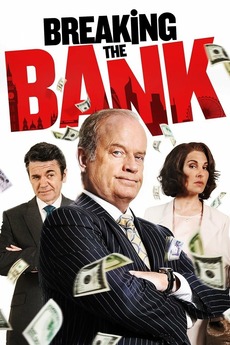 You can bank with him... you just can't bank on him

With ruthless US and Japanese investment banks circling Tuftons, a struggling two-hundred-year-old, family-run British bank, can its bumbling, incompetent chairman, Sir Charles Bunbury, fend off the onslaught and save the bank?