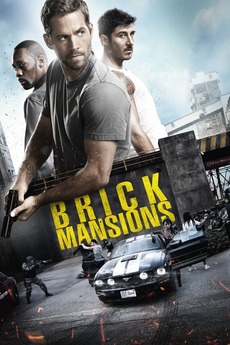 In a dystopian Detroit, grand houses that once housed the wealthy are now homes of the city's most-dangerous criminals. Surrounding the area is a giant wall to keep the rest of Detroit safe. For undercover cop Damien Collier, every day is a battle against corruption as he struggles to bring his father's killer, Tremaine, to justice. Meanwhile, Damien and an ex-con named Lino work together to save the city from a plot to destroy it.

Here is what I hope will be an exhaustive list of film remakes. If i have missed any, or make…

This is every film that was produced by a French film production company (that I've seen), so there are some…

Every Movie Funhaus Has Mentioned

I adore Funhaus a little too much. Movies are included if anyone on screen mentions the title/aspects of the movie,…