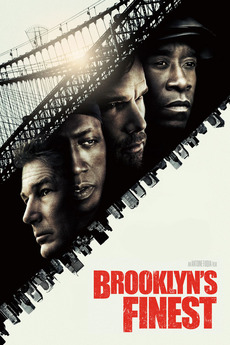 This is War. This is Brooklyn.

Enforcing the law within the notoriously rough Brownsville section of the city and especially within the Van Dyke housing projects is the NYPD's sixty-fifth precinct. Three police officers struggle with the sometimes fine line between right and wrong.