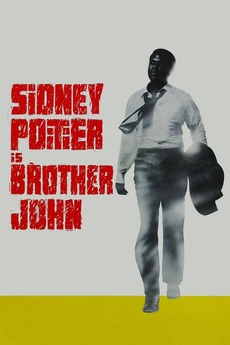 Brother John just blew into town...and the town is about to blow apart!

An enigmatic man (Sidney Poitier) returns to his Alabama hometown as his sister is dying of cancer and incites the suspicion of notable town officials.