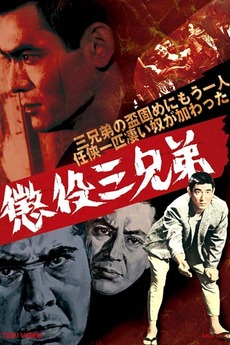 While imprisoned, Tatsu encounters Danshi, a man who is a big honcho in the prison pecking order. After initial conflict they become sworn brothers. Tatsu and the sworn brothers he acquires weren’t really gangsters before their prison time, just ruffians. Prison, however, introduces them to plenty of gangland characters and three years later, they’re out of prison and enmeshed in the yakuza world.