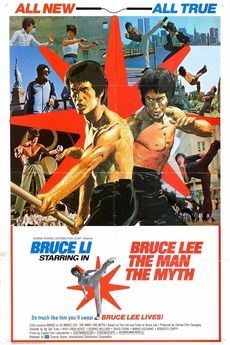 Bruce Lee: The Man, The Myth

All New, All True

A highly fictionalized biography of the famous Bruce Lee, this movie traces his college life, his marriage to Linda Lee, his relationship with his master, and his untimely death.

MARTIAL ARTS, GUNPOWER & HEROIC BLOODSHED ... or how I'm just simply in love with the asian way of action

Since my early childhood I'm totally in love with martial arts in movies & television. A little bit more the american…

Original List All films are subject to change overtime.

A list of films set, or that have a significant scene set, in California.

California is one of the five…