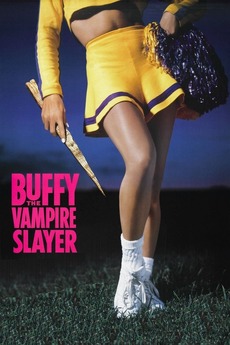 She knows a sucker when she sees one.

Blonde, bouncy Buffy is your typical high school cheerleader. But all that changes when a strange man informs her she's been chosen by fate to kill vampires.