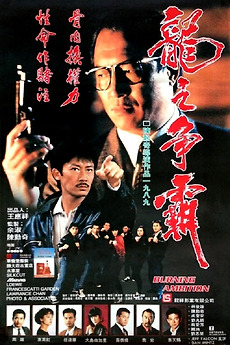 This is director/martial arts star Frankie Chan's unofficial remake of the Kinji Fukasaku film SHOGUN'S SAMURAI (1978). Instead of Japanese samurai in a period setting, we get modern day Chinese gangsters battling each other for the position left vacant after the mysterious death of their head honcho.

The Cult of Muscle Podcast

A girthy list of girthy films for girthy people reviewed by 2 girthy dudes.

For a while now I've been assigning fight choreography scores to movies I have been watching. I have scored hundreds…

All the films listed in the the book by John Charles. Well, everything that's listed on LB so far. Also,…

Me, on Saturday: Hey, you know what? I think I'll put together a list of female-oriented action movies from Hong…

The Best From China