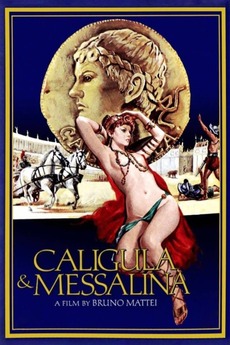 Messalina (played by gorgeous Betty Roland) is a power-hungry nymphomaniac who will stop at nothing to become Empress of Rome. She brings herself to the attention of Caligula by battling in the gladiator arena and it is not long before she achieves her goal, upsetting the Emperor's youngest sister Agrippina, who hopes that her son Nero will eventually become ruler of Rome. Agrippina successfully plots Caligula's downfall, but Messalina rains on her parade by immediately jumping into the sack with his successor, Claudius. But naughty old Messalina can't commit herself to one man, and shags everyone in sight, including a grotesque, but well-endowed, frequenter of brothels, a randy midget, her eunuch(!?!?) and an ex-lover. When she ends up pregnant, and it is obvious that the father is not Claudius (since he has been away fighting in foreign lands), Agrippina finally sees her opportunity to be rid of her nemesis once and for all.

This is my watchlist, both to see and have seen. Strong emphasis on exploitation, but there…