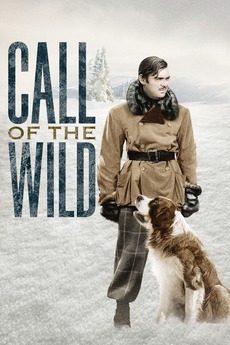 Call of the Wild
JustWatch

1935 Directed by William A. Wellman

Jack Thornton has trouble winning enough at cards for the stake he needs to get to the Alaska gold fields. His luck changes when he pays $250 for Buck, a sled dog that is part wolf to keep him from being shot by an arrogant Englishman also headed for the Yukon. En route to the Yukon with Shorty Houlihan -- who spent time in jail for opening someone else's letter with a map of where gold is to be found -- Jack rescues a woman whose husband was the addressee of that letter. Buck helps Jack win a $1,000 bet to get the supplies he needs. And when Jack and Claire Blake pet Buck one night, fingers touch.

The Call of the Wild