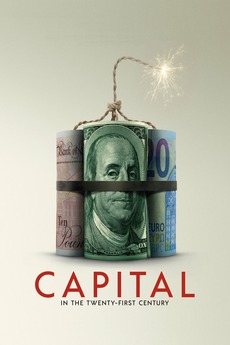 Capital in the Twenty-First Century
JustWatch

Capital in the Twenty-First Century

As listed by FirstShowing.net

Release dates are shown in the notes.

Documentary titles about various aspects of economics, including the practices of Wall Street, corporations, and the financial services industry.

I love the list that Jake made so I cloned it. It was apparent that it wasn’t going to be…

I just wondered how many documentaries I might have seen up till now. Well, this is me trying to recall…