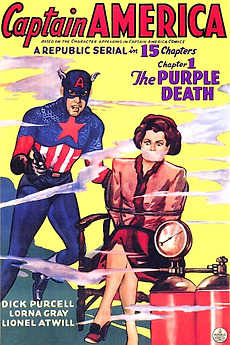 Superhero Captain America battles the evil forces of the archvillain called The Scarab, who poisons his enemies and steals a secret device capable of destroying buildings by sound vibrations.