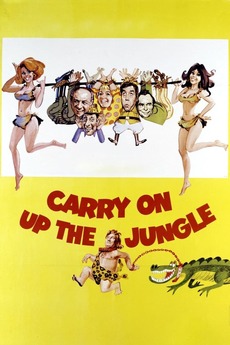 Carry On Up the Jungle

A safari of laughs with the Carry On Gang!

The Carry On team send up the Tarzan tradition in great style. Lady Evelyn Bagley mounts an expedition to find her long-lost baby. Bill Boosey is the fearless hunter and guide. Prof. Tinkle is searching for the rare Oozalum bird. Everything is going swimmingly until a gorilla enters the camp, and then the party is captured by an all female tribe from Aphrodisia... Written by Simon N. McIntosh-Smit