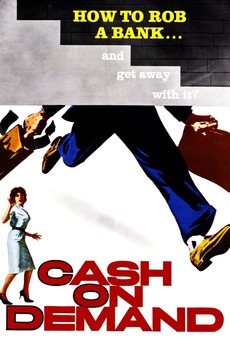 THE MOST DARING BANK ROBBERY EVER

A charming but ruthless criminal holds the family of a bank manager hostage as part of a cold-blooded plan to steal 97,000 pounds.