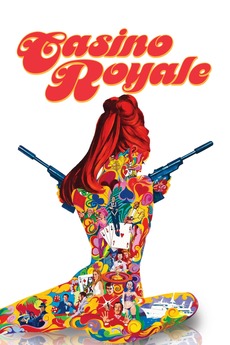 Casino Royale is too much for one James Bond!

Sir James Bond is called back out of retirement to stop SMERSH. In order to trick SMERSH, James thinks up the ultimate plan - that every agent will be named 'James Bond'. One of the Bonds, whose real name is Evelyn Tremble is sent to take on Le Chiffre in a game of baccarat, but all the Bonds get more than they can handle.

A collection of all James Bond films.