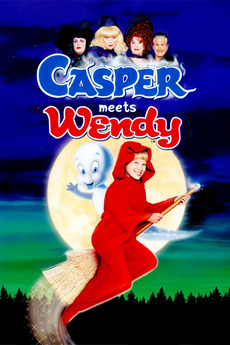 When a warlock threatens Wendy the Good Little Witch, she and her aunts hide out at a resort where Casper the Ghost is vacationing with his uncles. Although Casper and Wendy are told ghosts and witches don't get along, the two are kindred spirits! This spooky family-friendly adventure finds Casper and Wendy bridging the ghost-witch divide to battle the warlock who is intent on destroying Wendy.

For my friends who like to be spooky, but are too scared to get SUPER spooky. Movies ranked from low-medium…

the movies that made me

childhood in a bottle: endless rewatches, worn out and scratched up dvds and old vhs tapes that i still have.…

All of my 5/5's, I cannot rank them as it would just be strenuous to my mind.

love me some witchy cinema