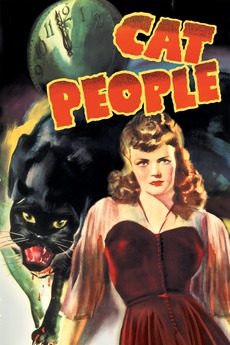 The exciting story of a woman who kills the thing she loves!

Serbian fashion designer Irena Dubrovna and American marine engineer Oliver Reed meet in Central Park, fall in love and marry after a brief courtship; but Irena won't consummate the union for fear that she will turn into a panther compelled to kill her lover, pursuant to a belief harbored by her home village.