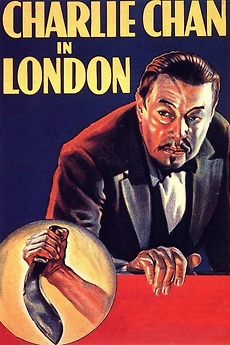 When all others failed, they turned to...

After receiving congratulations from the Home Secretary for solving his most recent case, Charlie is sought out by Pamela Gray, a beautiful but desperate young socialite whose brother Paul awaits execution for the murder of a weapons inventor. She is so convinced of his innocence that she becomes distraught when she overhears Neil Howard, her brother's lawyer and her fiancee, confide to the detective his belief in his client's guilt. Angered at this disclosure, she returns his ring and breaks off the engagement. Although the execution will take place in 65 hours, Charlie pledges to expose the murderer. All potential suspects are reassembled in the country mansion of family friend Geoffrey Richmond, where the murder took place, as Charlie tries to expose the real murderer before time runs out.