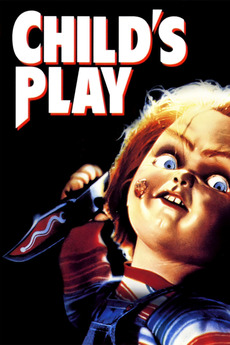 Something's moved in with the Barclay family, and so has terror.

A single mother gives her son a beloved doll for his birthday, only to discover that it is possessed by the soul of a serial killer.