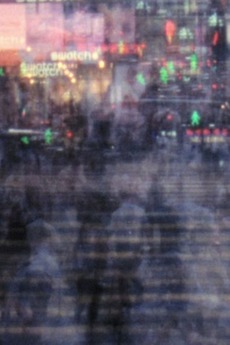 Hong Kong marked twenty years since its hand over; halfway through the planned forty year "one country, two systems" transition. Taiwan, once imperial China, once Formosa, now ROC on the edge of the PRC. Multiple exposures of street scenes distort space and place creating a fluid sense of impermanence and transition, of two states somewhere between China and not China.