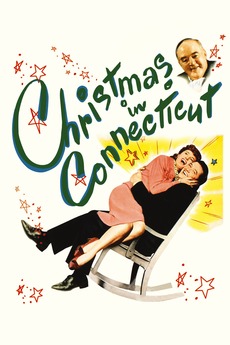 It's the fun show that's the one show to see!

Journalist Elizabeth Lane is one of the country's most famous food writers. In her columns, she describes herself as a hard working farm woman, taking care of her children and being an excellent cook. But this is all lies. In reality she is an unmarried New Yorker who can't even boil an egg. The recipes come from her good friend Felix. The owner of the magazine she works for has decided that a heroic sailor will spend his Christmas on *her* farm. Miss Lane knows that her career is over if the truth comes out, but what can she do?