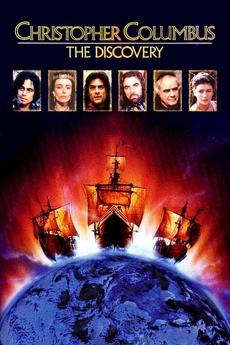 Genoan navigator Christopher Columbus has a dream to find an alternative route to sail to the Indies, by traveling west instead of east, across the unchartered Ocean sea. After failing to find backing from the Portugese, he goes to the Spanish court to ask Queen Isabella and King Ferdinand for help. After surviving a grilling from the Head of the Spanish Inquisition Tomas de Torquemada, he eventually gets the blessing from Queen Isabella and sets sail in three ships to travel into the unknown. Along the way he must deal with sabotage from Portugese spies and mutiny from a rebellious crew.