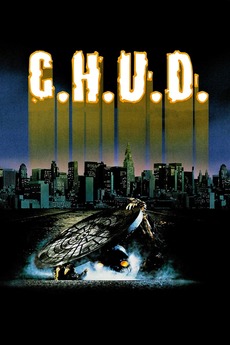 They're not staying down there anymore!

A rash of bizarre murders in New York City seems to point to a group of grotesquely deformed vagrants living in the sewers. A courageous policeman, a photo journalist and his girlfriend, and a nutty bum, who seems to know a lot about the creatures, band together to try and determine what the creatures are and how to stop them.