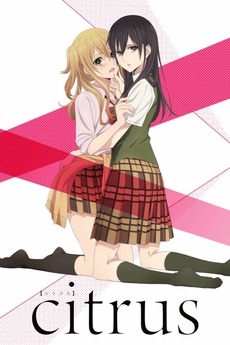 Yuzu, a high school gyaru who hasn't experienced her first love yet, transfers to an all-girls school after her mother remarries. She's beyond upset that she can't land a boyfriend at her new school. Then, on her first day, she meets the beautiful black-haired student council president Mei in the worst way possible. What's more, she later finds out that Mei is her new step-sister, and they'll be living under the same roof! And so the love affair between two polar opposite high school girls who find themselves drawn to one another begins!

Anime films or series that are centered around lesbian relationships, either romantic or sexual

If you think that I missed…

Ever since I made my LGBT+ animation list, a list of films containing canonically and identifiably lgbt characters and representation,…