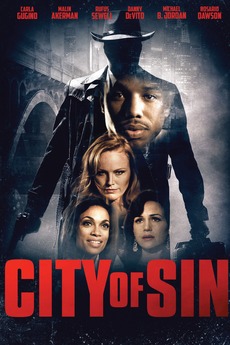 This is a re-release version of Hotel Noir (2012) in Color under the title City of Sin. A hardened detective lays low in a darkened downtown Los Angeles hotel room, biding his time as he patiently awaits a gang of vengeful hitmen that are on his tail. Throughout the course of this one fateful night the detective becomes entangled in a web of girls, guns, and money, as he enlists the help of the many intriguing hotel guests that he encounters in an effort to evade the grave fate that lies in store.

ARMED AND FEMALE - Women with Firearms

* refers only to the poster artwork

ARMED AND FEMALE - Women with Guns