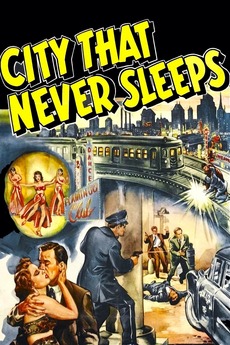 ...from the Honky Tonks to the penthouses...the creeps, the hoods, the killers come out to war with the city!

Chicago cop Johnny Kelly, dissatisfied with his job and marriage, would like to run away with his stripper girlfriend Angel Face, but keeps getting cold feet. During one crowded night, Angel Face decides she's had enough vacillation, and crooked lawyer Biddel has an illegal mission for Johnny that could put him in a financial position to act. But other, conflicting schemes are also in progress...