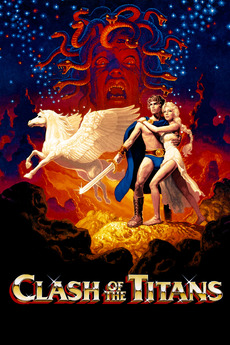 Clash of the Titans
JustWatch

You will feel the power. Live the adventure. Experience the fantastic.

To win the right to marry his love, the beautiful princess Andromeda, and fulfil his destiny, Perseus must complete various tasks including taming Pegasus, capturing Medusa's head, and battling the Kraken monster.