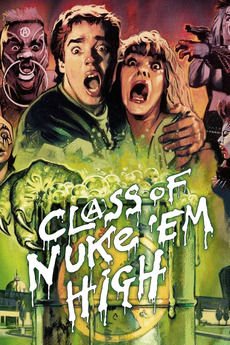 The pupils at a high school next to a nuclear power plant start acting and looking strange after buying contaminated drugs from a plant worker.