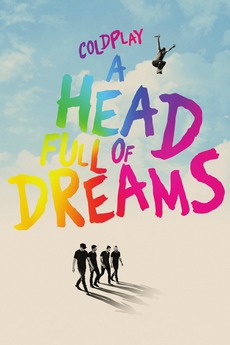 Coldplay: A Head Full of Dreams

The Inside Story. Filmed Over 20 Years.

An in-depth and intimate portrait of Coldplay's spectacular rise from the backrooms of Camden pubs to selling out stadiums across the planet. At the heart of the story is the band's unshakeable brotherhood which has endured through many highs and lows.

To be included, films…

It was updated weekly on Sundays. It's ranked by avg l.b. user rating, extracted from here.