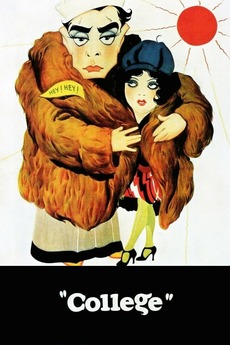 You'll graduate with a perpetual smile!

Brilliant in his studies and dismissive of athletics, Ronald finishes high school at the top of his class. But in college his uptight attitude doesn't win him any points with his sports-loving classmates, and pretty coed Mary ignores him in favor of brutish jock Jeff. Hoping to impress Mary, Ronald makes a buffoon of himself at every sport imaginable.