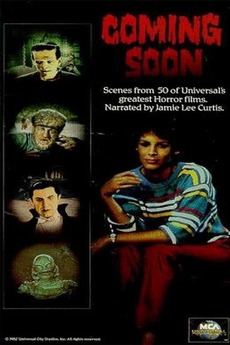 Director John Landis has combed the vaults of Universal Studios, Hollywood's preeminent producer of horror films and edited them into this retrospective documentary featuring clips from preview trailers dating from Lon Chaney's 1923 "The Hunchback of Notre Dame to the present day. Scream queen Jamie Lee Curtis hosts and narrates this tribute featuring Frankenstein, the Wolfman, the Creature from the Black Lagoon, Dr. Jekyll and Mr. Hyde, Godzilla, Tarantula,, the Phantom of the Opera, Dracula and their infamous progeny.