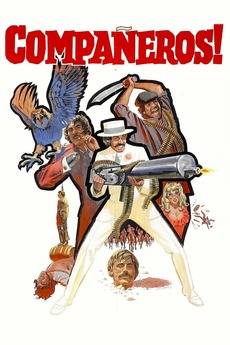 Fate brought them together, greed made them inseparable, and violence made them Compañeros

Arms dealer Yolaf Peterson aims to make a sale to guerilla Mongo, but the money is locked in a bank safe, the combination known only to Professor Xantos, a prisoner of the Americans. Yolaf agrees to free Xantos, accompanied by reluctant guerilla Basco, but a former business partner of Yolaf's- John 'The Wooden Hand', has other ideas.

You see, in this world, there's two kinds of people, my friend - those with loaded guns, and those who…

Complete list of films from all ballots submitted for the SCFZ Sixth Anniversary Poll. Each voter was allowed to list…