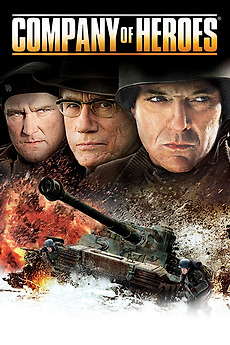 American soldiers lost behind enemy lines during the WWII make a horrific discovery: Hitler has a super bomb in development. Against all odds, they set out to find the scientist in charge of the program who is looking to defect.

Every movie in my (family’s) collection

An exhaustive list of every movie my family owns on disc. (Will take a long time to fully complete)