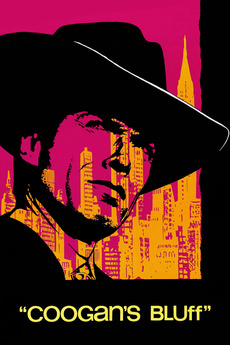 Before "Dirty Harry"... there was Coogan.

Coogan, an Arizona deputy sheriff goes to New York to pick up a prisoner. While escorting the prisoner to the airport he escapes and Coogan heads into the City to recapture him.