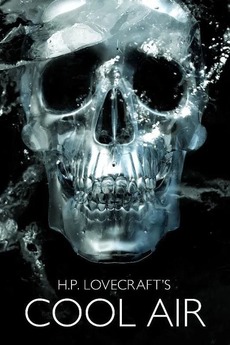 Charlie Baxter, a struggling screenwriter, is searching for accommodation in a rundown mansion somewhere in the isolated mountains above Malibu. An expressionless and creatively bankrupt young man who rewrites exploitation sci-fi / horror scripts for a living, he takes a room in the mansion and learns of the mysterious doctor residing in the room above his own who dabbles in strange experiments. As he learns more about the circumstances of the doctor and the history of his landlady, her autistic daughter and the strange lodger across the hall, Baxter is inspired to write his long blocked "great American Screenplay". Working furiously, Baxter suffers a heart attack, and staggers up to see the doctor for treatment. He passes out immediately, but awakens a cured man. But at a terrible price.