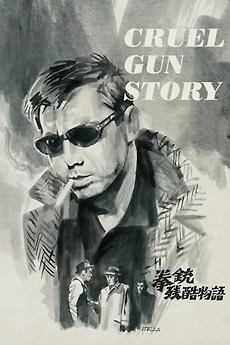 Businessmen arrange the early release from prison of Togawa, serving time for taking revenge on the truck driver whose carelessness confined Togawa's sister, Rei, to a wheelchair. They want Togawa to hijack an armored truck loaded with 120 million yen; their leverage is to promise him money for surgery for Rei. Togawa consents and plans the heist with three others. The plan is solid, but it doesn't go smoothly. Togawa must improvise, there are traitors somewhere, and double-crosses mount. Can Togawa escape with enough money to help his sister and ensure a passage out of Japan?