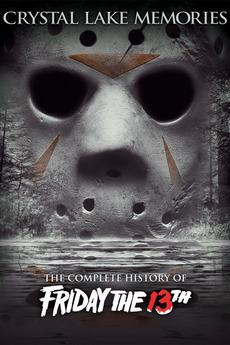 Crystal Lake Memories: The Complete History of Friday the 13th

Taking inspiration from Peter M. Bracke's definitive book of the same name, this seven-hour documentary dives into the making of all twelve Friday the 13th films, with all-new interviews from the cast and the crew.

finally sat down and logged my collection so here's an upated list. not including my tapes because I don't have…