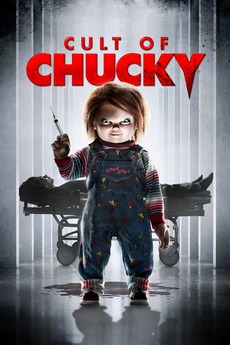 You may feel a little prick

Confined to an asylum for the criminally insane, Nica Pierce is convinced that she, not Chucky, murdered her entire family. But when the psychiatrist introduces a new therapeutic "Good Guy" doll with a familiar face, a string of new, grisly deaths leads Nica to wonder if she isn't crazy after all.