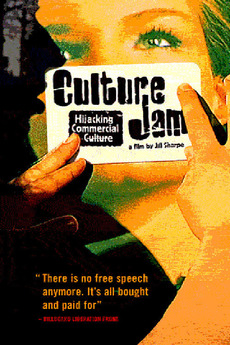 "There is no free speech anymore. It's all bough and paid for."

A fascinating rap on the 20th Century movement called Culture Jamming. Pranksters and subversive artists are causing a bit of brand damage to corporate mindshare. Jammers, cultural commentators, a billboard advertiser and a constitutional lawyer take us on a wild roller coaster ride through the back streets of our mental environment. Stopping over in San Francisco, New York's Times Square, and Toronto, we catch the jamming in action with Batman-inspired Jack Napier of the Billboard Liberation Front, Disney arch-enemy Reverend Billy from the Church of Stop Shopping and Media Tigress Carly Stasko.

All documentaries from my watchlist are on here, but not all films on here are on my watchlist.

Ovid.tv is a service created by a number of smaller distribution companies…

i refuse to add anymore films to my actual watchlist

there’s just so much weird shit i wanna watch one…