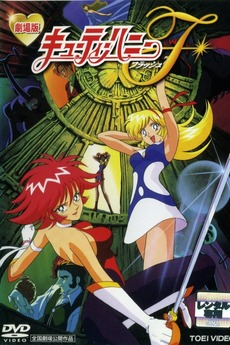 Honey Kisaragi is a perfectly normal beautiful high school student. Until her scientist father is kidnapped by the evil organization Panther Claw, that is. But her father left behind a device she can use to transform into the red-haired sword-wielding heroine Cutey Honey.

A list full of the things discussed on 4chan's /m/ board. This is a work in progress, so if there…