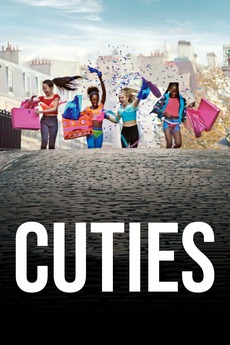 Amy, an 11-year-old girl, joins a group of dancers named “the cuties” at school, and rapidly grows aware of her burgeoning femininity—upsetting her mother and her values in the process.