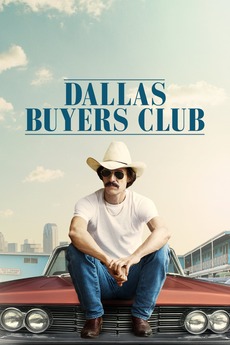 Sometimes it takes a hustler to change the world

Loosely based on the true-life tale of Ron Woodroof, a drug-taking, women-loving, homophobic man who in 1986 was diagnosed with HIV/AIDS and given thirty days to live.