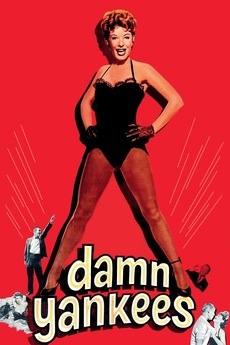 It's a picture in a million! Starring that girl in a million, the red-headed darling of the Broadway show, Gwen Verdon!

Film adaptation of the George Abbott Broadway musical about a Washington Senators fan who makes a pact with the Devil to help his baseball team win the league pennant.