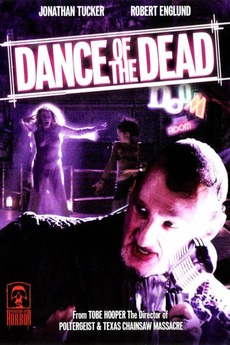 Dance of the Dead

In a post apocalyptic society, seventeen year-old Peggy lives with her over-protective mother and works in the family restaurant. When two couples of punks enter the restaurant, and one takes an interest in her, Peggy makes a decision that will change her life forever.

Dança dos Mortos, Masters of Horror: Dance of the Dead