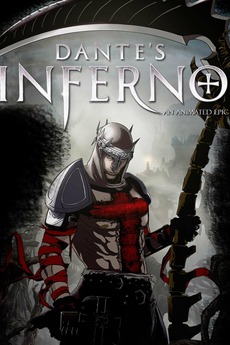 Dante journeys through the nine circles of Hell -- limbo, lust, gluttony, greed, anger, heresy, violence, fraud and treachery -- in search of his true love, Beatrice. An animated version of the video game of the same name.