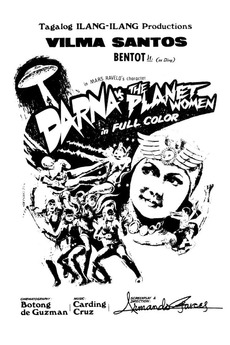 Darna vs. The Planet Women

Crippled girl Narda finds her boyfriend paralyzed by a mysterious beam shot from a UFO. Together with her powers and brother Ding, she transforms into Darna and fights against alien women who are trying to make the Earth a colony of their own planet.