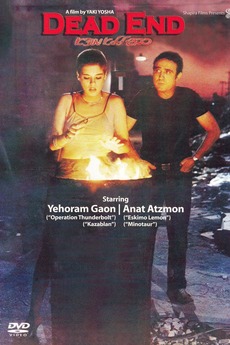 Yaky Yosha's 1982 Israeli drama Kvish Lelo Motza (aka Dead End Street) observes the trials and travails of a young prostitute named Alice (Anat Atzmon) who is thrust into jail alongside her pimp and hustler boyfriend. In desperation, Alice devises a scheme to save both of them: she will take the steps necessary to free herself, then set about raising the money to save her beau. However, she fails to anticipate the arrival of a documentary crew comprised of husband and wife Yoram (Yehoram Gaon) and Miri (Gila Almagor), who insist on filming her as she undergoes rehabilitation; when Yoram begins to fall hard for Alice, it draws the ire and chagrin of Miri, who begins to seethe with jealousy.

Created by the French Directors Guild in the wake of the events of May ’68, la Quinzaine des réalisateurs (the…

Arthouse to Grindhouse and not much in between. Tons of Horror, Action, and Arthouse! Use the genre filter menu to…

All the 80s songs from Billboard's Hot 100 that appear in an 80s film. Well, all the ones listed on…